The ketogenic diet is literally everywhere we look these days. Originally this diet was designed to treat epilepsy, but has recently become popular among the weight loss community. It’s on the cover of most of “those” magazines at the checkout stand, claiming to be the “magic pill” diet, if you will, saying that there will be weight just melting off by restricting carbohydrate intake, and increasing fat intake, while maintaining moderate protein. There is no doubt that this diet has worked wonders for people as far as weight loss, as there have been many anecdotal stories regarding it. But is this diet for everyone?

My Experience with Keto

As a little back story to this blog, I was diagnosed with hypothyroidism at the age of 22. I had felt really fatigued, sluggish, cold, and had brain fog that could barely let me form a full sentence. My primary care provider drew labs, and my TSH was elevated, so I was started on levothyroxine for treatment. Since then, I’ve felt tons better. However, one of those pesky symptoms of hypothyroidism, weight gain, just would not budge whatsoever, even as my levothyroxine dose increased.

I decided to go on a diet, but wasn’t sure where to start, aside from calorie counting. I had remembered hearing about a certain diet that my sibling told me about, where she had cut out carbs and increased her fat intake, and her weight had seemingly fallen off. I asked her for more details, and after a while, and some meal planning and prepping, I dove right in to the world of keto.

At first, I felt awesome! I was starting to lose weight that had been holding on for years, and I felt more energetic than I had in a long time. Sure, the diet itself got old, and I missed bread and such, but I was losing weight, so I didn’t care. However, after a few days of the “honeymoon phase” of the diet, I started to feel sluggish, tired, and had a brain fog that I just could not shake. Where had my energy gone? Befuddled, I visited my endocrinologist. My endocrinologist decided to do some labs, where he saw that my non-fasting blood sugar was very low, and my C02 was low, as well. He ordered me to stop the keto diet, telling me that it wasn’t good for my thyroid in the first place.

After I started reintroducing carbs in my diet, the fatigue and sluggishness and brain fog started to fade away rather quickly. What was it exactly that the diet did that made me feel that way, and why did my endocrinologist know about it? I spent the day searching for any literature on the subject, and I came across an interesting study (link below).

In the study, those that were following a ketogenic diet for the treatment of epileptic seizures were followed to see if they had developed symptoms of thyroid dysfunction. A total of 120 people were recruited for the study who had been following the ketogenic diet for at least one year. In these folks, a baseline TSH and T4 was obtained, and repeated at 1 month, 3 months, 6 months, and 12 months. Out of these individuals, hypothyroidism was diagnosed in a total of 20 patients during the study, and they had to be treated for this. The study concluded that the ketogenic diet causes thyroid malfunction, and recommended that thyroid function be monitored regularly in those that are epileptic and following a ketogenic diet. Per the study, the body may down-regulate the hypothalamic-pituitary-thyroid axis, as well as decrease the generation of T3 from T4, while in a fasting state, which keto mimics.

So maybe my case was coincidental, but before this research was found, I had no idea that this could be a possibility of the ketogenic diet. Of course, more research should be done, as this was one of few studies that I could find on the subject. And of course, always follow the advice of your provider as far as diet plans!

Check out our CME Workshops 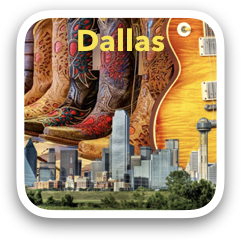